In Japanese folklore, Hitodama are balls of light or fire that float in the middle of night. They are said to be spirits of the dead that separated from their bodies roaming near the place of their death. Hitodama can appear as blue, white or read with a tail. 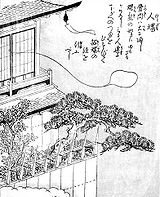 Taka onna were once ordinary women who were not attractive to marry or even find work at a brothel. After death, through jealousy and angry, they transformed into ugly, malicious monsters haunting the red light districts. This yokai appears as an ordinary homely woman wondering back alley ways where they stretch out their bodies several meter height peeking to the windows of brothels. Often the taka onna seeks to scare humans, but some stories say she also looks for lustful young men to devour.

In Japanese folklore, one of the most recognized yokai is the Kappa. Legends described this entity with the face of a monkey with the beak of a turtle and the top of his head has a plate-shaped depression. The Kappa has green, reptilian skin and often has a turtle shell on his back. Many myths mention this yokai has webbed hands and feet along with the ability to elongate its arms and legs

END_OF_DOCUMENT_TOKEN_TO_BE_REPLACED

Japanese folklore holds some of the most frightening and dark tales on the planet. There are stories about monsters that hunger for human flesh, house items coming alive to terrorize their owners and the dead arising from the grave to devour souls. Some legends warn if one been wronged in life, their spirit could return as a malicious force capable of harming the living. One such entity, fishermen and sailors fear lurking in the open water is the funayurei.

END_OF_DOCUMENT_TOKEN_TO_BE_REPLACED

Despite differences in any society or culture, you could find in many of their folklore common imaginary about the supernatural. Since the earliest human civilization, there have been stories about people returning from the grave needing to feed upon humans to substance themselves. Legends of these creatures are told across the global including Japan with its folklore holding some morbid myths such as the Hone-onna.