Ectoplasm is a term used for a substance or spiritual residue that exudes from the body of a medium during a seance. The word was first coined in 1894 by psychical researcher Charles Richet. During the 19th  century spiritualism movement, many said they witnessed this phenomenon, however they were exposed as hoaxes made from cheesecloth, gauze, etc. 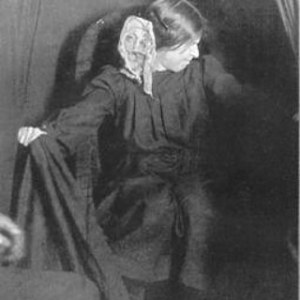 5 thoughts on “What Is That Slime?”