Between 1953 and 1954, the town of Bladenboro, North Carolina was terrorized by some unknow creature that killed nine dog and several other household pets. It became known as the Beast Of Bladenboro. Some of the animals were found torn apart while others discovered to had their blood sucked out. The beast was believed to also killed hogs, chickens and cows. Witnesses described the cryptid as a large, catlike creature whose howl sounded like a ghostly baby cry. A hunt was organized to capture the Beast Of Bladenboro, however the event only ended with several bobcats killed. In 2008, similar attacks occurred, yet the identity of this cryptid remains unknown. 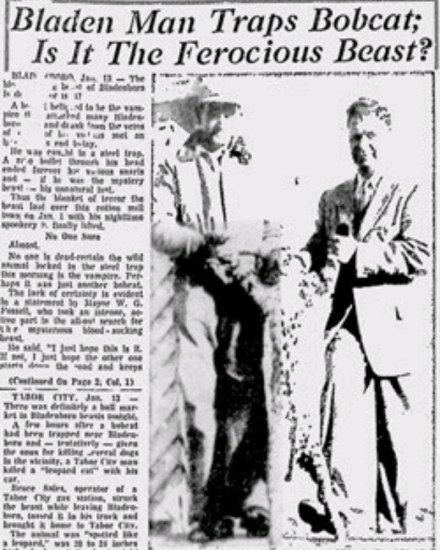 2 thoughts on “Beast Of Bladenboro”